Home » Addiction Blog » Articles » To Legalize or Not to Legalize: That Is the Question

There’s an argument, often made by libertarians, that all drugs should be legal. A person’s body is their own domain so what they do to it should be beyond government control. By and large, that sounds like a sound argument, I might agree. In this case, however, we have the opportunity to reflect on a time in our country’s past when all drugs were legal.

Around the turn of the 19th century, all drugs in the United States were legal. It’s not like anyone made a law stating that all drugs should be legal. There was never an opportunity to vote on whether or not we were going to have marijuana legally available for medical purposes. Drugs of all kinds were available because no one ever thought about controlling them.

I wonder how many people reading this remember the old western movies, even those of Gene Autry, Hopalong Cassidy and Roy Rogers. Some of those movies depicted medicine-shows or wagons selling “Feel Good Tonic” and even medications or “elixirs” for weight loss.

What was being sold seems to have been effective. “Feel Good Tonic” did make you feel good, as well it should have. It likely contained alcohol, cocaine, and probably opiate-like laudanum. The weight-loss drugs probably worked too: ingesting a capsule containing the head of a tapeworm will make anyone lose weight, after all.

A Look Into The Past

It may be helpful to look at where we were as a culture as 1899 turned to 1900. It was not too long after the end of the civil war. It has been estimated that somewhere between 600,000 and 650,000 soldiers lost their lives in that conflict. How many severe injuries were there? I don’t know. I do think painful injuries probably surpassed the number of deaths and those wartime injuries were often treated with morphine. I don’t know how many people became addicted to morphine, nor do I know how many people who were afflicted with “morphinism” passed the addiction on–it must have been a lot.

The preferred method of ingesting an opiate, other than morphine, became “opium eating.” The primary opiate of the day was Laudanum. It would have been more appropriate to call it “opium drinking” because Laudanum was actually a liquid. I don’t know who initially thought that cocaine would cure morphinism but Sigmund Freud wanting to “write a song of praise to this magical substance” probably didn’t help.

As Freud and the psychoanalysts of the era were arriving at Clark University on our East Coast, something else was influencing us on our West Coast. A lot of Chinese workers were building America’s railroads. Smoking opium was as much a part of that culture for them as watching a football game with a Budweiser in hand is for Americans.

As smoking opium began to pass from Chinese workers to American middle-class culture, an emotional reaction was triggered in the halls of Congress and gave birth to the Pure Food and Drug Act passed in 1906 (at least Congress was doing something back then). The Pure Food and Drug Act really didn’t change much of what was going on. It just said that whoever was producing “Feel Good Tonic” had to put a label on it. It’s likely that triggered even more sales because customers could pick and choose their poison.

A lot of people were abusing drugs, including alcohol, cocaine, and opiates around 1900. Many were addicted (e.g. Annie Myers, Eight Years in Cocaine Hell, 1902). It’s likely that many families and livelihoods were affected. How come everyone doesn’t know this? What impact did addiction have on our country around 1900?

Things were not the same. The Wright brothers didn’t take off from Kitty Hawk until 1903 and America’s first car didn’t hit the road until 1908. There were no 300-passenger jet planes flying between New York and California; there were no Ferraris or SUVs driving along interstates at 70-80 mph. I doubt that farmers were using tractors that could be lethal or that there was as much machinery around that could seriously injure and kill people. A lot more people stayed at home and were able to keep their problems a secret. The Harrison Act Changes Everything

The Harrison Act criminalized addiction, prior to passage there was no connection between addiction and criminality like there is today.

Few things have impacted the culture of addiction more than the Harrison Act.

The Harrison Act has shaped thinking and behaviors for more than 100 years, for example, a lot of people still think that all illegal drugs are “narcotic” drugs. Our prisons are overflowing with people convicted of drug-related crimes. The number of people in U.S. prisons is embarrassing. A rallying cry that could solve this problem has been a campaign to make all drugs legal. That would be another emotional response creating a policy that has already been made nonsensical by emotional responses.

But the question of whether or not drugs should be legal is not that simple. It’s not black or white. Legalization does not necessarily mean that crack cocaine and heroin should be available on every street corner. It does seem to me that an evolution is taking place rather than a revolution. In general, evolutions work better.

So Where Are We and Where Will We Go?

Perhaps the question that we’re left with is whether or not we will make more recreational drugs that will cause impairment, drugs such as cocaine and heroin, legally available to the public? Where will they be available and under what conditions? We already allow for the use of alcohol and marijuana both of which can cause impairment. The inappropriate use of methadone and buprenorphine will also cause impairment.

We, as a culture, seem to have made the decision to tolerate a certain level of impairment despite the risks involved. We can go back to the libertarians and say a person’s body is their domain. However, the drugs we’re talking about affect us all.  A person may say “I will never drink and drive,” but alcohol is mind-altering. When our minds are altered we make bad decisions. Sometimes those decisions lead to the next DUI or worse. Under the influence, no one should bet on what they will do. The bottom line is that drug use will have an impact on us all . . . legal or illegal.

My best guess is that we will have to continue to assess the results of what we have only recently begun to do, e.g. medical and recreational use of marijuana. We’ll see what works and then decide what risks we are willing to take. Keeping things as they today certainly involves risk, but evolution works. 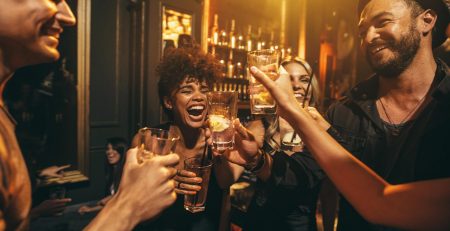