Home » Addiction Blog » Cocaine High Effects: What Does it Feel Like? In 2017, an estimated 29% of American adults used cocaine at least once in their lifetime.1 While some people may only try it once in college because of peer pressure, others are frequent users who can’t help but use it on a regular basis and eventually need cocaine addiction treatment to stop. Even though it is illegal, cocaine has some people coming back for more and many others just want to try it. But what are cocaine’s high effects? What does a coke high feel like?

What Are the Side Effects of Taking Cocaine?

Cocaine, also known as “coke” or “crack”, is a stimulant drug that’s extremely harmful and addictive. Cocaine works by binding to the dopamine transporter in the brain, blocking the relapse of dopamine from the synapses of neurons. This causes a buildup of dopamine that produces an amplified signal to other receiving neurons. This is what causes cocaine’s drug effects, such as euphoria, that users become addicted to.

When a person takes cocaine, they quickly experience the effects of the initial high. For some people, this is might be an enjoyable experience, but for others, it can be a much more negative experience than expected. Especially as people use cocaine more frequently, cocaine’s drug effects on the body tend to become much less pleasurable and much more concerning.

While the high can be different for everyone, some common side effects of cocaine include:

The stages of being high on cocaine usually begin with an intense feeling of euphoria quickly followed by a sudden crash. Despite the adverse effects of cocaine, people continue to use it because they’re unable to quit on their own. This is one of the most common signs of cocaine addiction. Addiction is a physical and psychological disease that affects a person’s brain structure, cognitive function, behavior, and more. The longer a cocaine addiction persists, the more likely the individual is to suffer from life-threatening cocaine intoxication symptoms. At Behavioral Health of the Palm Beaches, we offer a cocaine detox that can help patients slowly wean off of cocaine and begin their recovery.

How Long Does The High From Cocaine Last?

Cocaine’s effects are fleeting. The exact amount of time that someone will experience cocaine’s high effects depends on a variety of factors including the duration of their addiction, the dose of cocaine, how often they use it, and whether they use any other substances. Whether the person is smoking cocaine or snorting it, they will begin to feel the effects almost immediately, but they will only last for a few hours. Many people may choose to chase their high with more cocaine to avoid withdrawal because cocaine withdrawal symptoms are extremely uncomfortable for a person who’s addicted. A medically monitored detox is the best way to detox from cocaine and avoid any further complications.

Although the initial cocaine high effects may be enjoyable, the rest is not. Withdrawal, dependence, and addiction can all lead to big problems. Other drugs that feel like cocaine, such as Ritalin, can also be life-threatening. Even if you think it is just once, experimenting with drugs can quickly lead to addiction, and the long-term effects of cocaine can be life-threatening, so it’s better to quit while you are ahead. If you or a loved one struggles with drugs, alcohol, and/or poor mental health, you can get help. Our drug and alcohol treatment center in Palm Beach assists people in these battles so that they can have a happier and healthier future. Learn more about our addiction treatment in Lake Worth and how we can help by calling 561-220-3981. Although it’s common for many people who use drugs and alcohol to struggle with their mental health, is addiction... read more 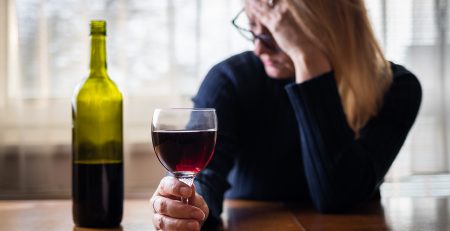