Hollywood is known for its glitz, glam, and drama.  With new movies coming out every year, the goal is to entertain, and dramatization is one way to capture and captivate their audience.

Unfortunately, with drama also comes many inaccuracies. There are many movies about drug abuse in particular, but as a South Florida behavioral healthcare center that has plenty of experience working with drug addicts, we know that a lot of them get it wrong.

Not only do the films get it wrong, but many movies related to drug addiction glorify drugs. They focus on the high and the fun of partying rather than the crash and the impending negatives that come with it. These films aren’t just inaccurate, but they can be a bad influence as well. One study found that teenagers with the most exposure to alcohol use in films were more likely to try alcohol than their peers who had minimum exposure.1

Our residential rehab in Palm Beach is listing some movies related to drug abuse that got it wrong.

This action comedy is a memorable film about marijuana that shows the drug in a comedic light. Although the main character is on the run because of his smoking habits, the exaggerated story seems so farfetched that it does little to actually deter anyone from smoking. The movie’s comedic tone also doesn’t show the reality of a drug addiction and the negatives the come with it. Instead, it may only make someone want to try marijuana more.

The Wolf of Wall Street

Prescription drugs, alcohol, and cocaine play a major role in this movie. Based loosely on the true story of Jordan Belfort, The Wolf of Wall Street often uses drug use as comedic relief or as a way to enhance the lifestyle of the rich and famous. The main characters are always partying and when Belfort overdoses and tries to drive home, the scene is meant to be hilarious. Besides the financial trouble that ensues, the movie doesn’t discuss withdrawal symptoms, a drug detox, or the negative health effects of long-term drug abuse. The real-life daughter of Tom Prousalis, an associate of Jordan Belfort, even spoke out about the film saying, “Your film is a reckless attempt at continuing to pretend that these sorts of schemes are entertaining…We want to get lost in what? These phony financiers’ fun sexcapades and coke binges?”

A great movie for a good laugh, We’re the Millers depicts drug smuggling in a comedic and less than accurate light. A group of four people pose as a family on vacation in Mexico and use an RV to transport an enormous amount of drugs back to the United States. While the movie take a lighthearted look at what can happen when people get mixed in with the drug trade, the comedic moments overshadow the actual danger. The film also has a happy ending for the “family” of drug smugglers even though they broke the law.

This comedic tale of two misfit teenagers mentions drugs and alcohol a whopping 172 times. The focus on partying and drinking neglects the negatives that come with drug abuse. Instead, drug and alcohol abuse are seen as cool, harmless, and lots of fun.

Real life addictions are often much more serious than what you will see in the movies about drug abuse. If you or a loved one is struggling with substance abuse, get help immediately. Call us today at 561-220-3981 to get started and to learn more about Behavioral Health of the Palm Beaches. 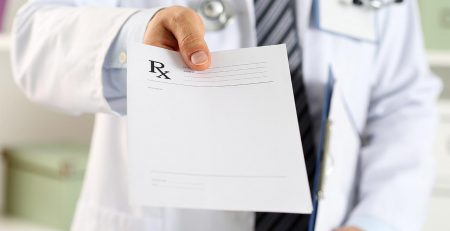 The Florida Prescription Drug Monitoring Program was enacted in 2009 to try to decrease the state’s misuse and abuse... read more