Home » Addiction Blog » Everything You Need to Know About Gateway Drugs Many addicts start out using a drug that they believe to be harmless, but often this bad habit can build into a much more troubling concern.

A few puffs here and there with your buddies could later lead to a crippling addiction and eventually hitting rock bottom. If you think that this couldn’t possibly happen to you, just remember that many addicts have thought the same thing. Unfortunately, because our South Florida detox center sees this happen all of the time, we’re sharing everything you need to know about gateway drugs so you can be prepared.

What Are Gateway Drugs?

Despite what many believe, gateway drugs are real. The definition of a gateway drug is a substance whose use is thought to lead to the use and abuse of more dangerous drugs and possibly the development of an addiction. Gateway drugs are typically thought to be less harmful drugs, but the dangers of gateway drugs lie in the possibility that users will begin to seek out harder drugs such as cocaine or heroin.

For some people, gateway drugs may never lead to a problem, but for others, the dangers of gateway drugs cannot be understated and the use of these drugs can open up a can of worms.

These drugs can vary and people can have different opinions about what qualifies as a gateway drug. For our purposes, we are sticking to some of the most commonly agreed upon examples of gateway drugs including:

While some people argue against these claims, other research supports these connections. One study found that adults who used delta 8 THC were more likely to develop an alcohol use disorder within three years compared to those who did not use marijuana.1

It’s also believed that alcohol is a gateway drug, as well. Another study found that students who drank alcohol regularly were more likely to abuse both licit and illicit drugs than their peers who did not drink.2 There have also been numerous connections made between prescription pain pills and heroin.

Data from one study shows that as many 86% of heroin users surveyed had abused prescription pain medicine before starting the use of heroin.3 Nicotine has also been widely reprimanded for being a gateway drug. One study found that 90% of cocaine users between the ages of 18 and 34 had smoked cigarettes before turning to cocaine.4

Whether these connections were the cause of the initial gateway drug or simply a reflection of the person is also up for debate. Gateway drugs may not lead to more issues for everyone, but the possibility is always there.

Why Are Gateway Drugs Dangerous?

Gateway drugs are dangerous because they’re seemingly less harmful substances that often contribute to more harmful forms of substance abuse with higher potentials for addiction. As our statistics on gateway drugs displayed, drugs like alcohol, marijuana, nicotine, and prescription medications tend to progress into more serious forms of drug use, encouraging the individual to use substances that will produce more intense highs or side effects.

For instance, many people with heroin addictions originally started by abusing opioid medications. Eventually, the medication wasn’t enough to satisfy their desire to get high, so they turned to a cheaper and stronger drug like heroin.

Do not wait for your pill-popping habits to turn into the need for heroin addiction treatment. Addiction is a disease and some people are more susceptible to it than others.

Life events may also change how at risk someone is for developing a substance abuse problem. A traumatic event could lead someone to a tipping point where occasional recreational drug use turns into dependence. At this point, our dual diagnosis treatment in Palm Beach is necessary to address both issues.

Whether you or someone you love struggles with an addiction to one of these gateway drugs, do not wait for the problem to get worse to finally get professional help. Our Palm Beach addiction center offers various levels of care for substance abuse treatment to help people who struggle with both substance abuse disorders and mental health problems. 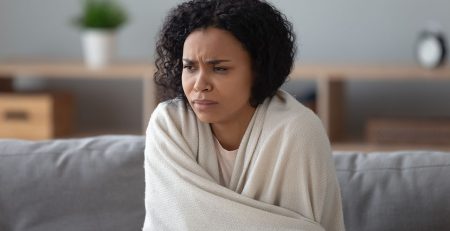