Hollywood movies are made to evoke emotion in audiences. Whether it’s sadness, joy, awe, or disgust, movies that make it to the big screen are most successful when they can completely capture their audience. Unfortunately, many filmmakers create cinema magic without consideration for accuracy. When it comes to inaccurate movies about mental illness, our drug and alcohol treatment center in Palm Beach is sharing a list of movies about mental illness that missed the mark.

Movies About Mental Illness That Got It Wrong

Now more than ever mental health specialists and even celebrities are working hard to break the stigma and stereotypes about mental illness. Those who suffer from mental disorders need public support, not alienation. As with many other things, these films about mental illness poorly capture the truth behind several mental disorders, often alienating individuals with these disorders and even promoting stereotypes in the process.

Shutter Island is number one on our list of the worst movies about mental illness. It’s a psychological thriller set in World War II starring Leonardo DiCaprio. This movie focuses on a governmental conspiracy about medical experiments being conducted on patients, who are referred to as “criminally insane,” in a mental health hospital. The federal marshal investigating a patient’s disappearance is revealed to be a patient himself, who slipped into psychosis after his wife murdered their children. The movie checks off various mental illness stereotypes including a murderous mother, trauma-induced dissociative identity disorder, and an “it was all in your head” ending.

In Me, Myself, and Irene, Jim Carrey plays a schizophrenic named Charlie and Hank. Not only does the film make this condition the butt of the joke, but it also inaccurately depicts the signs and symptoms of schizophrenia. Instead of portraying common schizophrenic symptoms, Jim Carrey’s character develops dissociative identity disorder and takes up an additional personality that’s aggressive. The film misrepresents both types of mental illnesses and misrepresents individuals with schizophrenia as being wild and out of control. At Behavioral Health of the Palm Beaches, we have firsthand experience with treating mental illnesses like schizophrenia and dissociative personality disorder. Individuals with these disorders can learn how to properly cope with their conditions and have a successful recovery with the help of our residential mental health treatment.

Split is one of the many movies about people with mental illness that captured audiences all around the globe. The film follows James McAvoy’s character, Kevin, who has a dissociative personality disorder. In the movie, Kevin has 23 different personalities and kidnaps three teenage girls. Although the director, M. Night Shyamalan, claims to have consulted doctors to accurately display this disorder, the violent and aggressive behavior displayed by Kevin in the movie falls short of the truth behind this condition. Not only does Kevin become violent when he switches to different personalities, but there’s also one particular personality, known only as “The Beast,” that has superhuman strength. While some details are more recognizably exaggerated, those who don’t have experience with mental illness may believe the inaccuracies portrayed in this film.

The Visit is another one of several movies about mental illness that just don’t cut it. Like many of M. Night Shyamalan’s films, The Visit has a surprise twist ending that’s disturbing, to say the least. In this movie, two teens visit their grandparents, whom they’ve never met before. Without so much as a picture, their mother sends them off on their trip. Throughout the movie, the grandparents are aggressive and unhinged, with the grandpa killing a man he thought was following him and the grandmother admitting to having killed two children. At the end of the movie, it’s revealed that these individuals escaped from an insane asylum and killed the kids’ real grandparents. The characters are implied to have schizophrenia, but again, this film inaccurately depicts schizophrenics as wild, unhinged, and even murderous people.

Benny and Joon is another film that offers a false representation of individuals with schizophrenia. Juniper Joon quickly befriends Sam, a young man who’s just as quirky as she is. However, where Sam is eccentric, Joon has a personality disorder. While the movie does have some pros concerning mental illness, it falsely displays friendship as a replacement for mental health treatment and therapy. One of the best ways to help someone with mental health problems is to not only support them but to encourage them to receive professional assistance.

Who doesn’t love a detective movie where the good guy and his canine best friend win? The relationship between human Scott Turner and canine Hooch is more complicated than that, though. Turner displays the typical characteristics of a person with obsessive-compulsive disorder (OCD). He’s neat, feels the need to complete every task, and maintains certain rituals. The symptoms aren’t the problem, but it’s the idea that a person with OCD can overcome their symptoms by simply having a dog. Individuals with OCD usually require a mental health program and therapy to learn how to cope with their symptoms.

At BHOPB, we know that mental illness is much more complex and challenging than it’s portrayed on screen. Those who are struggling with a mental illness or co-occurring disorder can get help at our facility. Call us now at 561-220-3981 for more information about our addiction and mental health services. 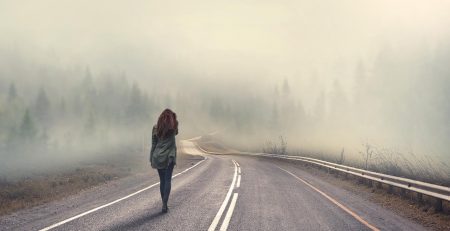 Sober but Lost: Tips For Finding Yourself in Addiction Recovery

Finding yourself in addiction recovery and building an identity that is separate from drugs isn’t always easy, but it... read more Ways to Cope with Anxiety in College

College students have to learn how to cope with a variety of stressful situations when they transition to the... read more