If your doctor is considering prescribing you a new medication, whether it’s short or long-term, it’s important to be honest with them about any other substances you’re taking. This may include other prescription drugs, over-the-counter medicines, vitamins, and even supplements. Certain drugs react with each other and knowing everything you’re already taking ensures that the doctor won’t prescribe you a harmful combination. With that said, today, we’re looking into whether you can take Xanax and trazodone together.

Trazodone vs. Xanax: What Are They?

Before diving into the effects of a trazodone-Xanax interaction, let’s look at what each drug does first.

Trazodone is an antidepressant and sedative, specifically a serotonin antagonist and reuptake inhibitor (SARI). This means that it improves symptoms of depression and anxiety by regulating levels of a certain neurotransmitter or chemical messengers in the brain called serotonin. Serotonin plays a role in regulating mood and behavior, and people with depression tend to show low levels of serotonin.

Trazodone is available as a generic drug and under brand name versions (Desyrel, Oleptro, and Trazodone D), and in addition to treating depression symptoms, it’s also prescribed to people with anxiety disorders, schizophrenia, or uncontrollable movements that result from the use of other medications. In some cases, trazodone may also be prescribed to treat sleep disorders like insomnia because it acts as a sedative on the central nervous system without significantly impairing brain functioning or judgment.

In early treatment, a person’s depression symptoms may get worse before they get better. It’s important to take doses regularly and to be vigilant about any changes in mood while taking this medication. Trazodone users should also be aware of its potential for abuse.

Trazodone can lead to physical dependence, requiring a higher dose for the same effects and making it difficult for users to quit due to withdrawal symptoms. There’s also a risk of overdose, especially in the case of recreational trazodone use.

Xanax is one of the most commonly prescribed drugs in the United States. It’s a benzodiazepine that’s used to treat symptoms of panic and anxiety disorders in adults. Due to its potential for abuse, Xanax is usually prescribed for short-term treatment.

As a benzo, Xanax increases GABA levels in the brain to produce sedation and relaxation. GABA is an inhibitory neurotransmitter that reduces neural communication in the brain. In high levels, it can produce sensations of calm and well-being, which are beneficial to people with anxiety and panic disorders.

However, Xanax can also produce a high when taken in large doses, which can quickly turn into a cycle of abuse. Because it’s habit-forming, long-term Xanax use can also result in physical dependence, in which the person may experience withdrawal symptoms whenever they aren’t taking the drug.

Xanax can also react dangerously with other drugs like opioids and alcohol. Together, these substances may lead to over-sedation and even overdose.

But what about mixing trazodone and Xanax? Is it safe?

Can You Take Trazodone With Xanax?

While they might be prescribed together in certain cases, the general rule of thumb is that you cannot take trazodone and Xanax together. Although both differ in their mechanism of action, trazodone and Xanax produce sedation and slowed functioning, and together, they may intensify the other’s side effects, especially if they’re taken without the guidance of a doctor.

Some possible side effects of trazodone and Xanax include:

These side effects may be heightened when the two drugs are mixed, which can make things like driving dangerous. Slowed breathing is also a possible risk of mixing trazodone and Xanax. Because both drugs sedate the central nervous system, functions like breathing and heart rate are also impacted.

In the end, combining these drugs without the direction of a medical professional or for recreational purposes increases the risk of overdose and life-threatening side effects like respiratory depression. Both trazodone and Xanax are also addictive and taking them together may increase the likelihood of the aforementioned scenarios as well as addiction. At this point, quitting these drugs can be dangerous without prescription drug rehab.

Although Xanax and trazodone affect the body differently, together they can cause a negative reaction if taken irresponsibly. For this reason, always be sure to take your medications as prescribed and to ask your doctor before increasing your doses or quitting your medication.

Additionally, our drug and alcohol treatment center in Palm Beach offers various levels of care for substance abuse treatment that can help you or a loved one get sober. From withdrawal treatment to in-depth therapy programs, our specialists work with clients on a step-by-step basis to ensure they have everything they need to maintain a sober lifestyle after rehab.

For more information about our addiction treatment in Lake Worth, call Behavioral Health of the Palm Beaches at 561-220-3981.

Benzodiazepine Withdrawal Symptoms: Timeline & How to Handle it The three eras of cocaine begin in the Andean highlands of South America and continue in the United States.... read more As a facility that offers Palm Beach mental health services, we understand the importance of balancing the demands of... read more Is bipolar disorder hereditary? Visit us here to read more about this condition and how it’s passed down in... read more 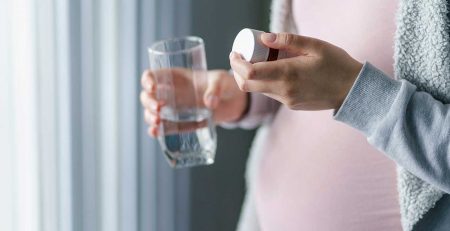 Taking Vyvanse While Pregnant: Is It Safe? 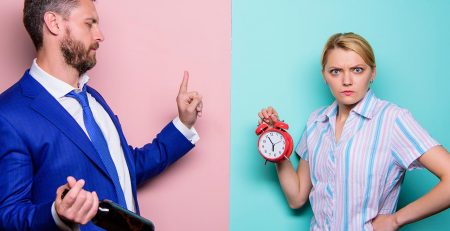