While much of the national discussion about substance abuse and addiction has been focused on the rising death tolls surrounding prescription opioids and heroin use, alcohol-induced deaths remain perched near the top.

New data from the Centers for Disease Control and Prevention (CDC) showed that the alcohol-induced death rate has increased by nearly 23 percent since 1999. It also revealed that almost 31,000 people died as a result of alcohol abuse in 2014, surpassing the death toll from opioid overdoses. When accounting for deaths from drunk driving, other accidents and homicides committed under the influence of alcohol, the death toll spiked to 88,000 in 2014, making alcohol the second deadliest drug in America, only behind tobacco. [1]

Why Americans Are Drinking More and More Given the various factors that lead an individual to alcohol consumption and abuse, pinpointing an exact reason why alcohol-related deaths have increased is extremely difficult, if not impossible. But one of the simplest reasons is that Americans are drinking more. The number of Americans who reported having a drink in the previous month has increased along with the rising death toll. [2]

Another factor is that alcohol is more affordable than it has been in six decades, according to a study published in the American Journal of Preventive Medicine. The study attributed this to rising incomes and stagnant alcohol taxes. [3] A rise in alcohol consumption does not necessarily lead to an increase in alcohol-related deaths. In fact, while more and more people are drinking alcohol, binge-drinking and heavy alcohol use have not increased population-wide, according to the National Survey on Drug Abuse. Many industry experts have pointed to the opioid painkiller and heroin epidemic as a reason why.

It’s extremely dangerous to mix prescription painkillers and alcohol. When taken together, opioids and alcohol intensify the effects of the other drug. Additionally, approximately one-third of opioid deaths now involve benzodiazepines, such as Xanax. Benzodiazepines can enhance the effects of alcohol, which may explain why death rates from alcohol have risen at the same time as death rates from prescription drugs.

One of the loudest calls is for an increase on alcohol tax, as written by David Roodman, senior adviser for the Open Philanthropy Project: [4]

“Higher prices do correlate with less drinking and lower incidence of problems such as cirrhosis deaths. And I see little reason to doubt the obvious explanation: higher prices cause less drinking. A rough rule of thumb is that each 1 percent increase in alcohol price reduces drinking by 0.5 percent. Extrapolating from some of the most powerful studies, I estimate an even larger impact on the death rate from alcohol-caused diseases: 1-3 percent within months. By extension, a 10 percent price increase would cut the death rate 9-25 percent. For the US in 2010, this represents 2,000-6,000 averted deaths/year.”

A 10 percent increase, put in context, amounts to only a few extra cents and dollars on a bottle of wine, spirits or on a six-pack of beer, but could save thousands of lives. One of the greatest predictors of a person’s future drinking habits is their parents’ patterns. It has been shown that children of alcoholics are approximately four times more likely to develop alcohol abuse problems than the rest of the population. [5] It has also been shown that children may mirror their parents’ drinking habits when they become adults. [6]

Even further than parents directing the future substance abuse habits of their children, they are also often the easiest place for kids to acquire alcohol. According to a study published in the Journal of Studies on Alcohol and Drugs, children who had sipped alcohol by the time they were in sixth grade were about five times more likely to have a full drink by high school and four times more likely to binge and get drunk. [7]

Quite obviously, the most likely place for an underage person to get alcohol is from his or her parents:

By working to reshape the thoughts and attitudes children have about alcohol use and abuse, parents can sow the seeds for a better future with fewer alcohol-induced deaths. This begins with parents setting examples with their actions as well as their words.

No matter how long you’ve been abusing alcohol or to what extent alcoholism has taken hold, it’s never too late to ask for help. If you’ve allowed alcohol and drug abuse to take over your life and dominate your habits, set an example your kids won’t soon forget by admitting you have a problem, acknowledging the need for alcohol abuse treatment, completing rehab and turning around your life.

Our behavioral health center in Palm Beach will guide you through each step of the process, from a medically administered detox all the way to a year’s worth of aftercare services. Contact us today at 561-220-3981 to learn more about our treatments, family-themed therapies and nationally recognized facilities. 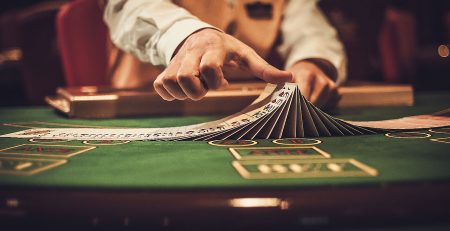 The Relationship Between Gambling and Alcoholism

Many people who start with either addiction or a mental disorder end up with both. Today we’re exploring the... read more 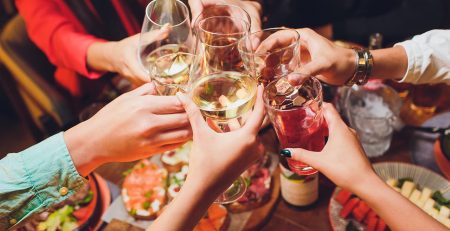